Fun with Graphs part 1 Getting Started

This is part one of an X part series on my explorations using graphs.

As a hobby I run this tool that tracks links posted in IRC with some extra metadata about who posted it and when. In addition to this, it aggregates some of the data and visualizes it using some awesome javascript libraries.

One of the more important charts on the page is the ‘Posts in the last 10 days’ chart which, as you would expect, shows you chunked by-the-day numbers representing the number of links posted by a person in the channel. This is all well and good, except it doesn’t track name changes. This means that if you change your name, you lose your stats.

This has been a ‘problem’ I’ve been thinking about for quite a while. I figured it would be a good time to explore graph databases a bit because people are starting to talk about them more and more. With this post I’ll walk you through a tool a built called, creatively, the ‘IRC-Nick-Graph’ which does some parsing and data transformation to build a graph.

The main idea is to parse weechat logfiles into a directed series of nodes and edges. The nodes being names and the edges being “changed name to”. This will give us a nice collection of tracked changes which we will, eventually, be able to query and learn neat things about.

Because I like interesting challenges, I decided to implement the tool in C++. I’ve been doing a lot of C for my database side-project and I figured getting some experience with the new C++11 stuff would be fun. After a couple days of figuring out template errors and what-not, I finally have something useable.

The tool takes two arguments: an output format (there are a handful) and a logfile. It parses the logfile line-by-line looking for the strings ” is now known as” and ” has joined ” in order to figure out who is where. From this we can construct a graph containing who-joined-what-channel and who-changed-their-name-to-what.

Included in the output formats is a couple of csv files that can be loaded into Gephi, an open-source graph visualization tool. Naturally, I loaded all of my logfiles from the last couple years into the tool, exported them, did some twiddling and ended up with this: 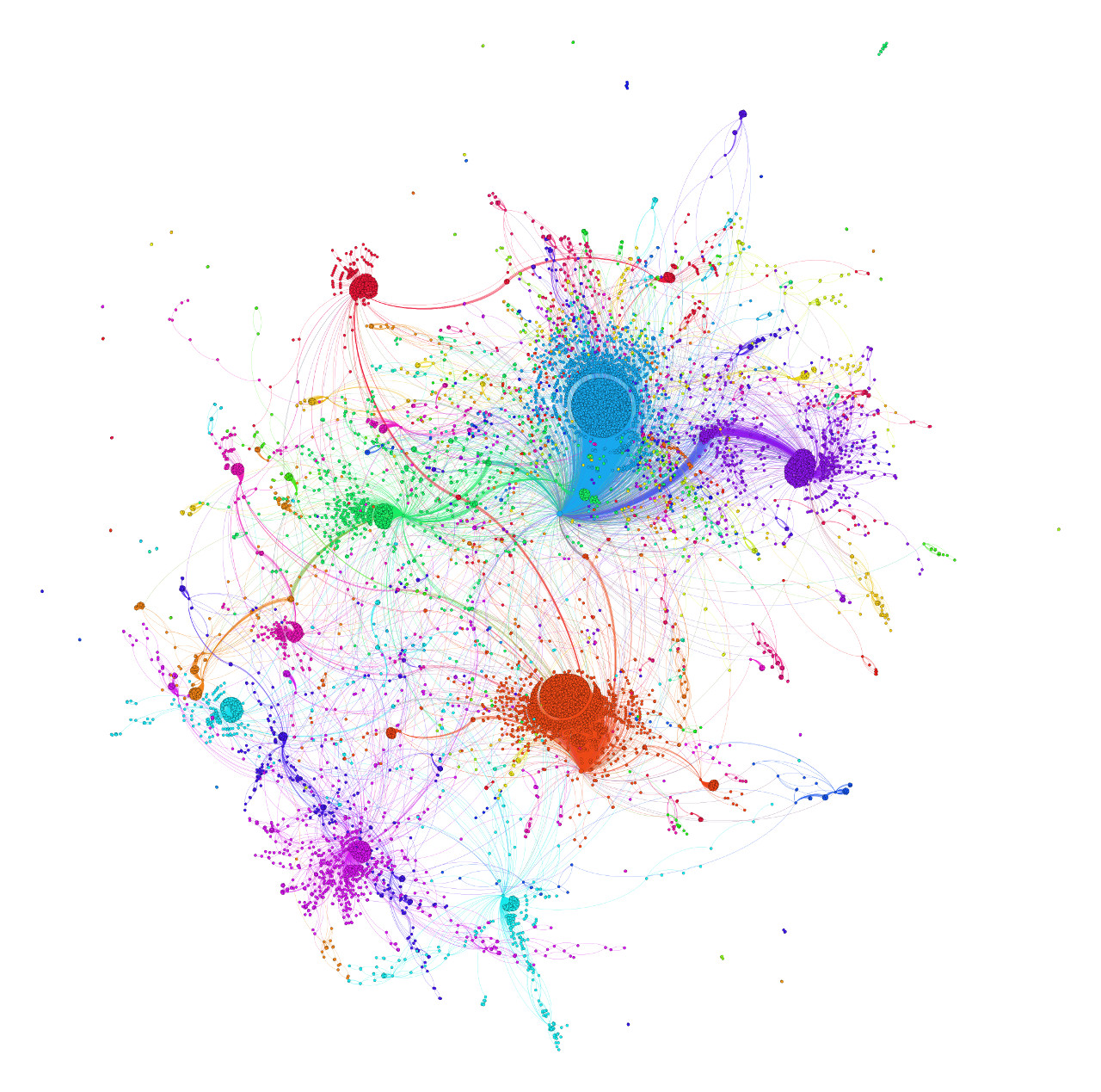 This is a collection of all of the people, rooms and aliases of the people in those rooms that I was in for the last 2-3 years. The logfile itself was 220MB or so. Not bad.

The big red cluster is #haskell, for example, and all of the small nodes connected to it are people in that channel. The secondary ring around those nodes is, I think, aliases that only those people have. This behavior is mirrored in other channels as well.

In part 2 we’ll look at porting the program to Erlang because C++ is annoying, and constructing more meaningful queries and questions about the data.